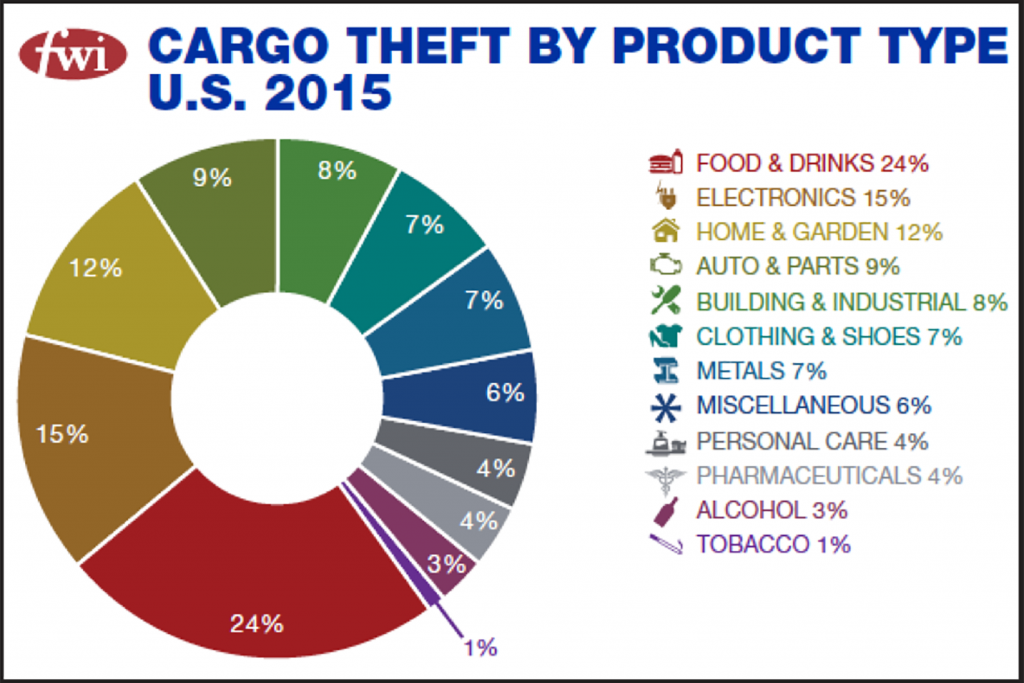 Food and beverages led thieves’ getaway lists in 2015, with 24 percent of incidents involving this kind of cargo, according to Freightwatch. The trend has continued in 2016, with food and drink being the most-stolen product type in all of the first three quarters. Nuts, sodas, juice, tea and water were the most targeted products in the second quarter, according to Freightwatch.

While food and beverages might not seem expensive enough to warrant their popularity, the price point is actually one of many characteristics that make them attractive to criminals. Load values often aren’t high enough to trigger heightened security measures. These items don’t have serial numbers or RFID tags, and it’s not possible to trace them on the internet. Plus, the evidence is consumed – usually quickly.

Electronics and home-and-garden goods, accounting for 15 percent and 12 percent of thefts, respectively, were runners-up for the most-stolen-product title in 2015. They continue to rank high in 2016, and electronics often represent the costliest losses. In the third quarter of 2016, they made up $7.8 million of the $23.7 million in total cargo-theft losses reported to CargoNet.

Freightwatch drew attention this year to the uptick in theft of building and industrial products, pointing out a 263-percent increase in the first quarter of 2016 compared to the same quarter in 2015. The firm flagged a correlation between geographical surges in stolen building supplies and states such as Texas where the housing market is growing.